Things to do in Austin, Texas, Just 30 Minutes Away From Liberty Hill

Whether it’s a rainy day or a sunny one, there’s always something to do in Austin. The city isn’t just the capital of Texas; it’s also a capital of the arts, culture, cuisine, and outdoor activity! Austin draws visitors from far beyond central Texas; people from across the US and around the world come to visit.

Are you looking to move to Austin or nearby? There are so many great reasons to live in Texas and Liberty Hill specifically, which is just 30 minutes away from Austin. You might just love Orchard Ridge’s amenities and homes too.

Check out places to see and some top highlights of Austin below. 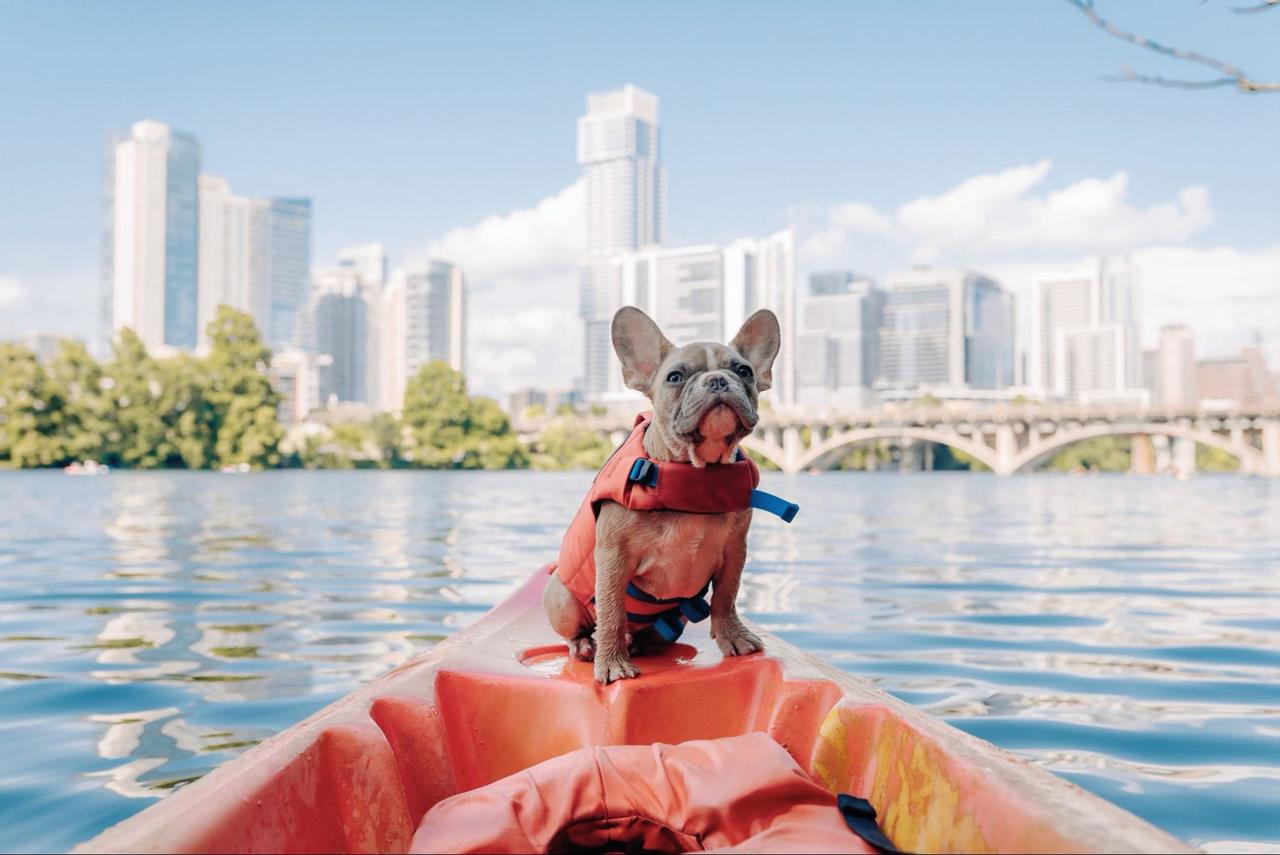 Then, around the lake, there’s the Ann and Roy Butler Hike-and-Bike Trail, which is a 10.1-mile smooth surface trail made out of crushed granite, along with a few parts that are concrete or boardwalk. If you take a bike tour of Austin, you’re likely to ride through some of the Bike Trail.

If you have a license, you can also go fishing for carp, catfish, largemouth bass, and sunfish. There’s no ban on the consumption of fish you catch, although there is a daily bag and length limit for most species.

The lake is adjacent to Zilker Park.

Zilker Park, found in South Austin, is a beautiful, 350-acre park that’s ideal for physical recreational activities, laying out on a blanket, picnics, grilling (there are grills at the park, or you can bring a portable camp stove or metal BBQ grill), and more. There’s a lot to do, and see! 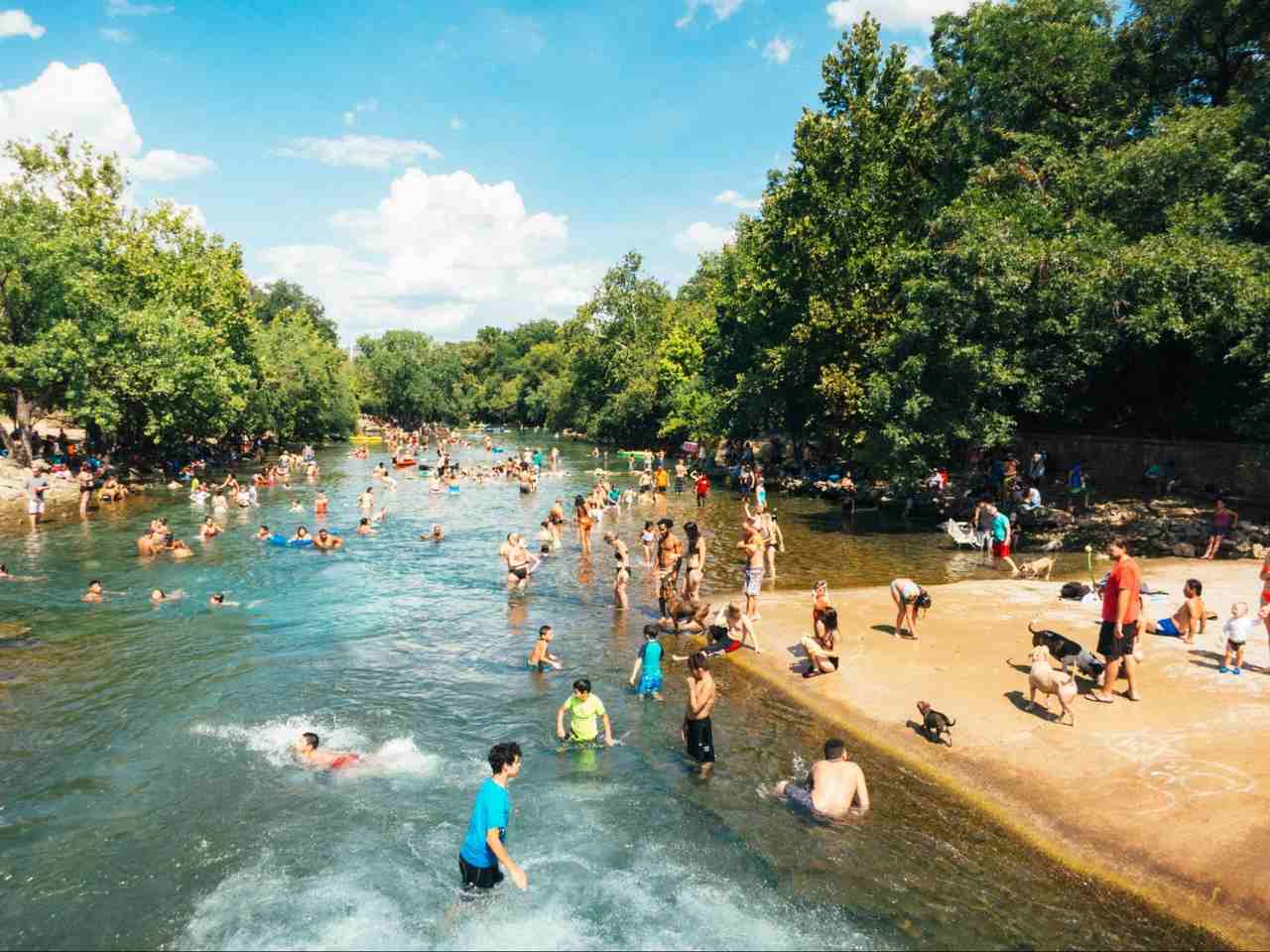 Barton Springs Pool runs through Zilker Park and into Lady Bird Lake. The pool itself is within one of Barton Creek’s channels and gets its water from Texas’s 4th largest spring, Main Barton Spring.

It’s a year-round swimming hole because the temperature is always 68°F to 74°F. There’s a small fee, depending on your age, although there’s free swimming from 5 am to 8 am and 9 pm to 10 pm. There are no lifeguards during free swim.

The springs are methodically cleaned every Thursday for the benefit of visitors and wildlife. The Barton Springs salamander is an endangered species that, basically, only lives in the springs, so cleaning has to be done in a special way. 10% of pool revenue goes to research and habitat enhancement.

There are also events at the pool. The Full Moon Party is an informal full moon swim. It used to be a family-friendly potluck picnic followed by a swim, but developed a more party atmosphere due to the influence of social media, local businesses, and the growth of Austin’s population.

Every year, there’s also a Polar Bear Swim at the Pool on January 1st. Although, when the water’s usually around 68°F, the plunge is considerably less daunting than a dip into the Atlantic Ocean in the Northeast.

The Barton Creek Greenbelt is another popular destination for outdoor adventure in the Austin area. It’s 7.25 miles of public land with plenty of hiking trails and opportunities to rock climb, bike, swim, cliff dive, kayak, and tube. There’s also Airmen’s Cave which, at two miles, is the longest cave in Travis County, Texas. The cave is closed to the general public, but there are scheduled opportunities for guided spelunking. 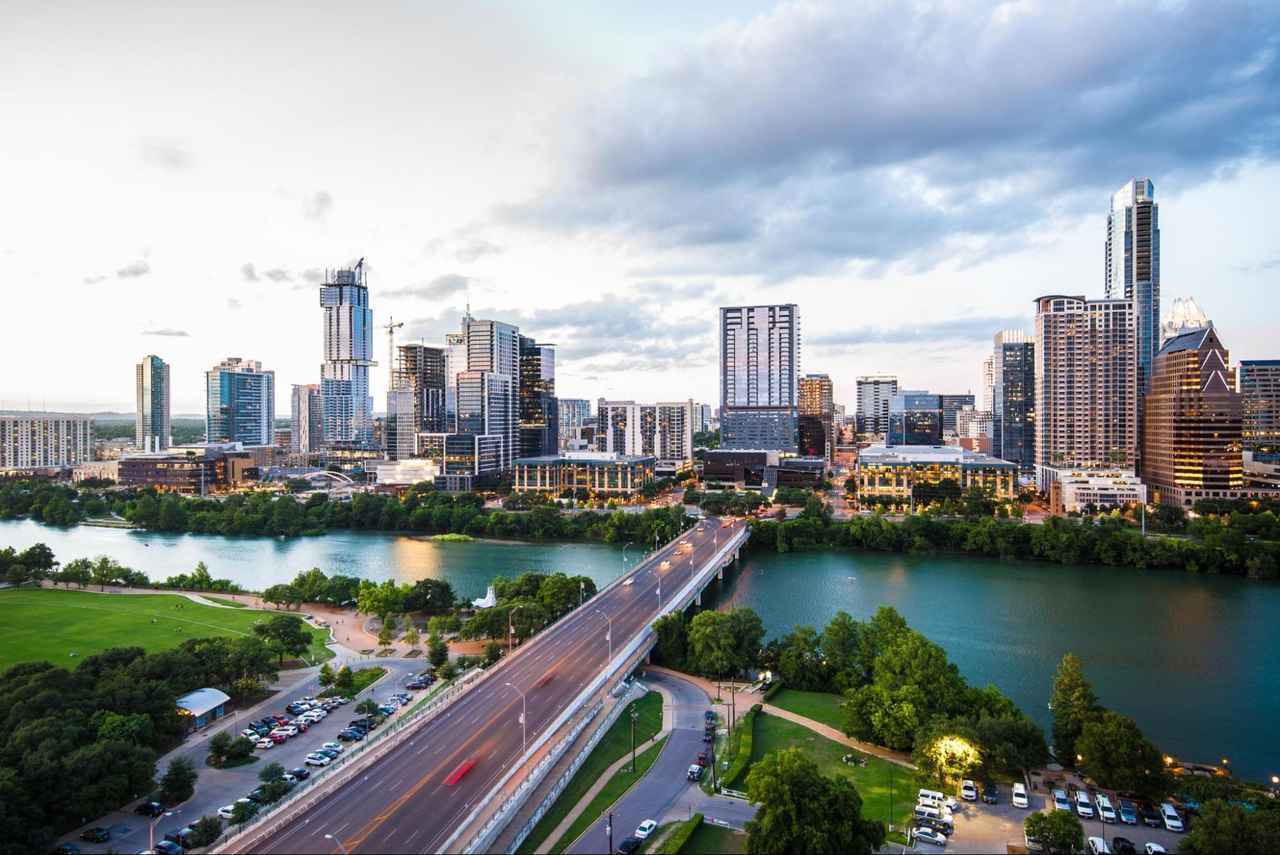 A skyline is a work of art in itself, and Austin’s is particularly unique because it can be observed from so many different locations. Here’s just a few.

The state arboretum and botanical garden at the University of Texas at Austin is 284 acres containing 900+ native Texas plant species, a natural setting, and a garden. The Wildflower Center also hosts education programs and events.

Long Center for the Performing Arts

One of the biggest university art museums in the US is in the University of Texas at Austin. This 189,340 square-foot museum is home to a permanent collection of nearly 18,000 works that includes prints and drawings from Europe, the United States, and Latin America; modern and contemporary art; and Old Master paintings.

Found in East Austin, The Carver museum is dedicated to the preservation and exhibition of African American culture, history, and art, and also celebrates the global contributions of Black people.

The 36,000 square-foot Center has four galleries, a dance studio, a 134-seat theater, a darkroom, an archival space, a conference room and a classroom. The African American Presence in 19th Century Texas is a permanent exhibit that features an artists’ gallery, a children’s exhibit on African American scientists and inventors, and Austin African-America families. There are also rotating exhibits, special events, and movie screenings.

The Museum also has a Juneteenth memorial that documents the spread of Abraham Lincoln’s Emancipation Proclamation to Texas. Because Texas was the most remote slave state, it took longer for news of the abolition of slavery to reach Texas, which means that slavery didn’t really end in America until it ended in Texas. The Emancipation Proclamation became effective on January 1st, 1863, but it wasn’t until June 19th, 1865 that the estimated 250,000 slaves in Texas were free.

The Museum is an excellent opportunity to learn about a part of American and Texas history. 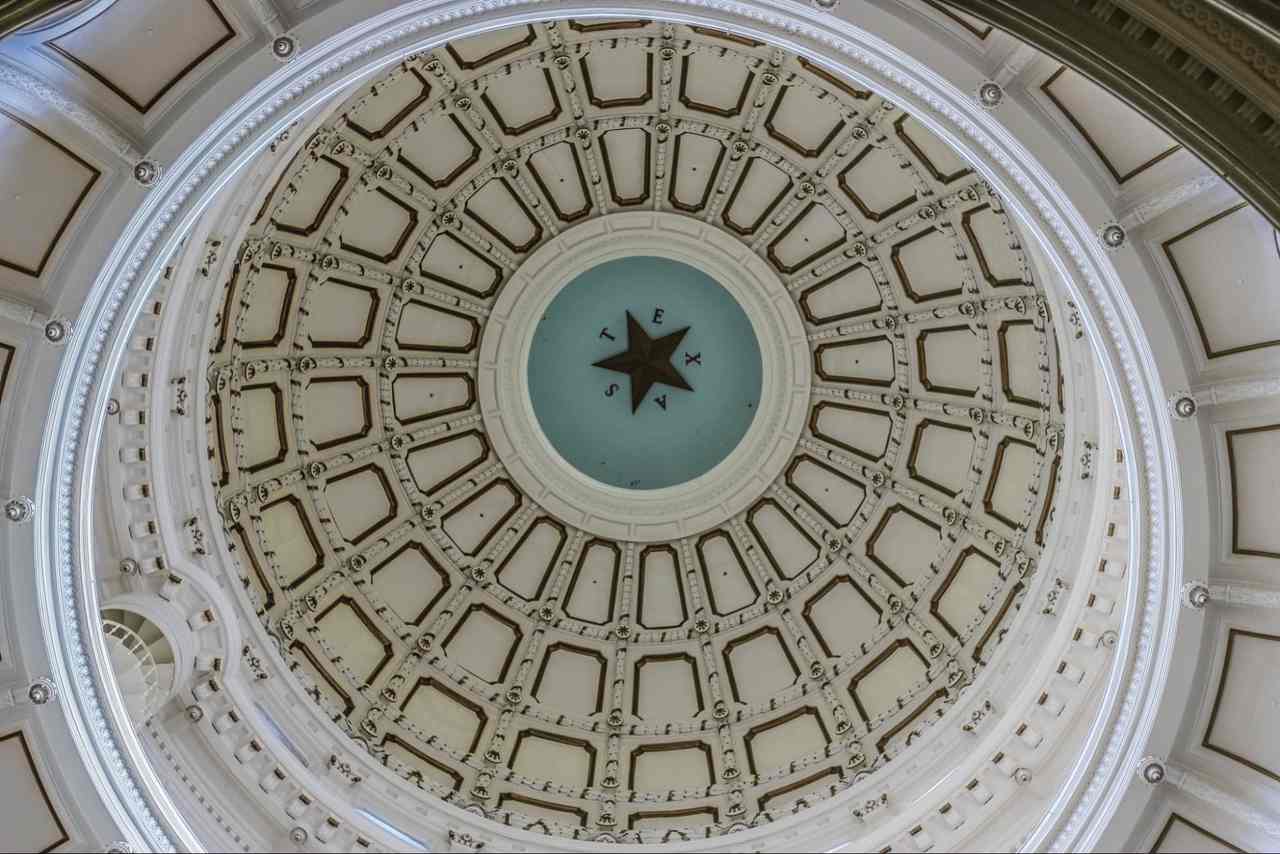 Found in downtown Austin, the Texas State Capitol building was designed by Elijah E. Myers, who also designed the capitol buildings in Michigan and Colorado. Built between 1882 and 1888, the building is taller than the US Capitol and the sixth-tallest state capitol in the US. 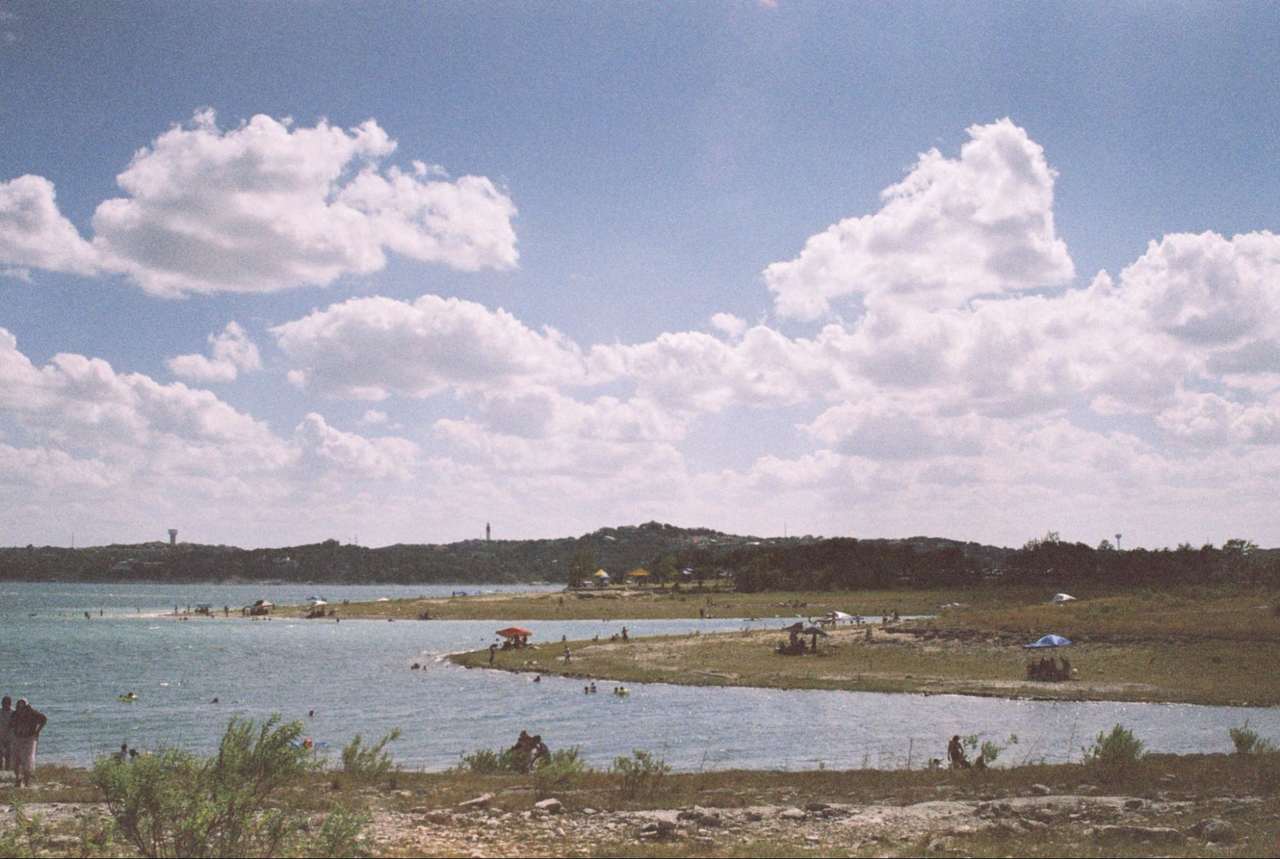 Lake Travis, around 30 minutes outside Austin, is a reservoir on the Colorado River. Lake Travis is both a vital water supply for the Austin metro area and a destination for many recreational activities.

Lake Austin is another popular fishing and boating spot in Austin. There’s companies that rent out everything from sailboats to large party boats. Lake Austin is also an opportunity to learn how to operate various water craft. The Austin Parks and Recreation Department, for example, offers classes in canoeing, kayaking, and sailing. There’s also largemouth bass, catfish, and sunfish to catch.

Austin has something for everyone! And our list of highlights didn’t even touch on all the music venues. There’s just so many. Afterall, Austin is the live music capital of the world. And don’t get us started on our favorite breakfast taco or barbecue places–there’s more than just the famed Salt Lick. And, oh, so many events! Austin even has its own ice cream festival. As an Orchard Ridge resident, you’re lucky to live close enough to Austin to know it as intimately as a local.

If you love the idea of living near one of the most sought after cities in Texas, have a look at Orchard Ridge, just 30 minutes from Austin. Amenities and trails will keep you busy at home during the week while day trips to Austin will keep your wanderlust alive on the weekends. Learn more about the community by requesting more information here.

Back To News
Activity Center

Our Orchard Park Activity Center offers a range of amenities including a resort-style pool, splash pad & a state-of-the-art Fitness Center.

Our Leander Schools offer a strong foundation for superior learning.

Our Community Gardens offer residents connectivity to the land while engaging in healthy living.

Our Builders offer a unique architectural style that takes its cues from a much simpler time.